Acquisition of PSR Group BV, a specialist orphan drug CRO, for consideration of up to €5.7 million

Acquisition of PSR Group BV, a specialist orphan drug CRO, for consideration of up to €5.7 million

The Company also announces its intention to conduct a placing to raise gross proceeds of £2.9m (the “Placing”) to part-fund the Acquisition through the issue of 1,757,576 new ordinary shares of 1 pence each (the “Placing Shares”) at a price of 165 pence per share (the “Placing Price”). The Placing will be conducted via an accelerated bookbuild.

The Acquisition and Placing are interconditional.

Dr Dan Weng, Chief Executive Officer of Ergomed, said: “This acquisition aligns with the strategy laid out at IPO of seeking to grow our existing, profitable service business both organically and through strategic acquisitions, and specifically of becoming a leader in orphan drug development. We are looking forward to combining PSR’s specialist skills and Ergomed’s global infrastructure to rapidly develop this business based on our combined strengths. PSR has successfully demonstrated its leading capabilities in this area and its addition to the Group complements Ergomed’s existing highly-regarded orphan disease specialism. We welcome PSR’s team and are pleased to increase our capabilities in an under-served and growing area.”

Dr Roger Legtenberg, Chief Executive Officer of PSR Group, added: “PSR welcomes the opportunity to expand its current services portfolio and geographical coverage by leveraging Ergomed’s international reach and complementary services. We will continue to make a significant contribution to the availability of new orphan drug treatments, improving the lives of patients and their families impacted by rare diseases. We look forward to joining the group and contributing to its growth and success.”

Background to the Acquisition

The Acquisition is consistent with Ergomed’s stated strategy to grow its existing, profitable services business both organically and through bolt on acquisitions. Ergomed has particular expertise in the development of orphan drugs as part of its profitable and fast growing CRO offering, which provides a full range of high quality contract research and trial management services across all phases of clinical development. PSR’s extensive expertise in orphan drug development will complement Ergomed’s services and will further strengthen Ergomed’s orphan drug development capability in addition to expanding its current services portfolio.

PSR, established in 1998, and based in the Netherlands, is a specialist orphan drug CRO and recognised as a leading expert in rare diseases. As part of the Acquisition, Ergomed will continue to grow PSR’s global orphan drug development business under the PSR brand and will remain focused on its two divisions: (1) PSR Orphan Experts, which is a leading expert in supporting biotech and pharma companies with their regulatory and clinical development of orphan drugs (c. 75% of revenues); and (2) PSR Pharma Resource, which complements PSR Orphan Experts as a niche staffing provider, focused on orphan drug specialised staff (c. 25% of revenues).

Orphan drug development is a specialist and growing field. Orphan diseases are severe, debilitating or even life-threatening conditions which affect fewer than 1 in 2000 people (EU definition) or fewer than 200,000 people in the US (US definition). Although patient numbers in individual indications are limited, there are a total of 30 million people worldwide suffering from rare diseases. The orphan drug market to target these diseases continues to grow and requires highly specialised providers due to the regulatory, logistical and operational complexities of conducting clinical trials in these indications. Due to their characteristics, combined with the rarity of the diseases, orphan drug clinical studies typically are complex and run in small patient cohorts with potentially faster market entry.

The Acquisition will bring together Ergomed’s global geographical footprint, including its presence in the MENA region, an area which is important for orphan drug development, and PSR’s significant expertise and strong brand. Ergomed believes the combination will have the scale and specialism to compete effectively in the global CRO market.

Ergomed has a track record of successful identification and integration of acquisitions and the Company continues to pursue opportunities to acquire services businesses which are consistent with its strategy of becoming the global leader in pharmacovigilance services, the leading CRO in orphan drug development and to strengthen its CRO network through geographic expansion and / or complementary service offerings.

Under the terms of the sale and purchase agreement (the “Acquisition Agreement”), Ergomed is acquiring 100 per cent of the issued share capital of PSR for an initial consideration of €3.2 million (£2.8 million), with a contingent consideration based on the achievement of EBITDA targets for 2017, 2018 and 2019 of up to an aggregate €2.5 million (£2.2 million). The initial and contingent consideration will both be satisfied partly in cash and partly in new Ergomed ordinary shares. The initial share consideration will be satisfied through the issuance of 323,813 new Ordinary Shares in Ergomed (the “Initial Consideration Shares”) at an issue price of 165 pence per share. The Initial Consideration Shares are subject to a 12 month hard lock-in and 6 month orderly market provision. Admission of the Initial Consideration Shares is expected to take place at 8.00 a.m. on 2 October 2017. The Acquisition is expected to be immediately accretive to Ergomed’s 2017 earnings per share.

The Acquisition is conditional only upon the placing agreement between the Company, Numis and N+1 Singer (the “Placing Agreement”) becoming unconditional and upon Admission (as defined below).  The Acquisition Agreement includes warranties and indemnities from certain of the sellers in favour of Ergomed.  Claims by Ergomed against such sellers under the warranties and indemnities are subject to certain financial thresholds and caps and also, in the usual way, to matters disclosed by the sellers.

Details of the Placing

The Placing Shares will, when issued, be credited as fully paid and will rank pari passu with the existing ordinary shares of 1 pence each in the capital of the Company including the right to receive all future dividends and distributions declared, made or paid by reference to a record date falling after their issue.

By choosing to participate in the Placing and by making a verbal offer to acquire Placing Shares, investors will be deemed to have read and understood this Announcement (including the Appendix) in its entirety and to be making such offer on the terms and subject to the conditions in the Announcement, and to be providing the representations, warranties and acknowledgements contained in the Appendix.

Your attention is drawn to the detailed terms and conditions of the Placing set out in the Appendix to this Announcement.

Ergomed provides specialist services to the pharmaceutical industry and develops drugs both wholly-owned and through partnerships. Ergomed’s fast-growing, profitable service offering spans all phases of clinical development and post-approval pharmacovigilance and medical information. Drawing on more than 20 years of expertise in drug development, Ergomed is also building a growing portfolio of drug development partnerships and programmes, including wholly-owned proprietary products for the treatment of surgical bleeding. For further information, visit: https://ergomedplc.com

PSR’s dedication to the rare disease landscape is exemplified by an extensive track record of orphan drug projects in a wide range of therapeutic areas, its continued efforts to achieve true patient centricity and its societal commitments by participation in fundraising  activities and public-private partnerships. For further information, visit:    http://www.psr-group.com.

Each of Numis Securities Limited and Nplus1 Singer Advisory LLP, both of which are regulated in the UK by the Financial Conduct Authority, is acting for the Company and no one else in connection with the Placing, and will not be responsible to any person other than the Company for providing the regulatory and legal protections afforded to their respective clients nor for providing advice in relation to the contents of this Announcement or any matter, transaction or arrangement referred to in it.

This Announcement includes statements, estimates, opinions and projections with respect to anticipated future performance of the Company (“forward-looking statements”) which reflect various assumptions concerning anticipated results taken from the Company’s current business plan or from public sources which may or may not prove to be correct. These forward looking statements can be identified by the use of forward looking terminology, including the terms “anticipates”, “target”, “believes”, “estimates”, “expects”, “intends”, “may”, “plans”, “projects”, “should” or “will”, or, in each case, their negative or other variations or comparable terminology or by discussions of strategy, plans, objectives, goals, future events or intentions. Such forward-looking statements reflect current expectations based on the current business plan and various other assumptions and involve significant risks and uncertainties and should not be read as guarantees of future performance or results and will not necessarily be accurate indications of whether or not such results will be achieved. As a result, prospective investors should not rely on such forward-looking statements due to the inherent uncertainty therein. No representation or warranty is given as to the completeness or accuracy of the forward-looking statements contained in this Announcement. Forward-looking statements speak only as of the date of such statements and, except as required by the FCA, the London Stock Exchange or applicable law, the Company undertakes no obligation to update or revise publicly any forward-looking statements, whether as a result of new information, future events or otherwise. No statement in this Announcement is intended to be a profit forecast and no statement in this Announcement should be interpreted to mean that earnings per share of the Company for the current or future financial years would necessarily match or exceed the historical published earnings per share of the Company.   The price of shares and the income from them may go down as well as up and investors may not get back the full amount invested on disposal of the Placing Shares.

The Placing Shares to be issued pursuant to the Placing will not be admitted to trading on any stock exchange other than the London Stock Exchange. 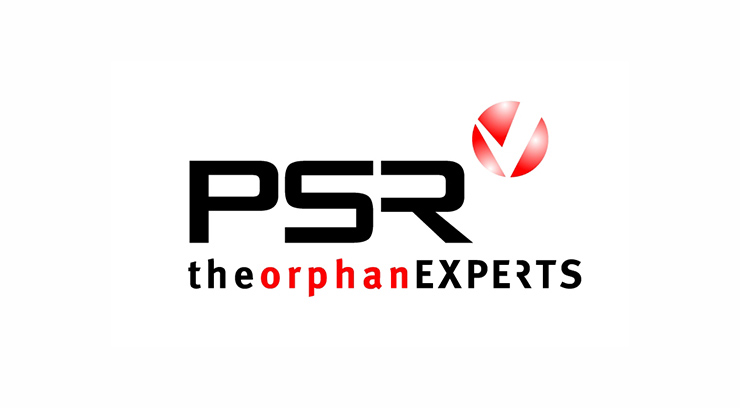